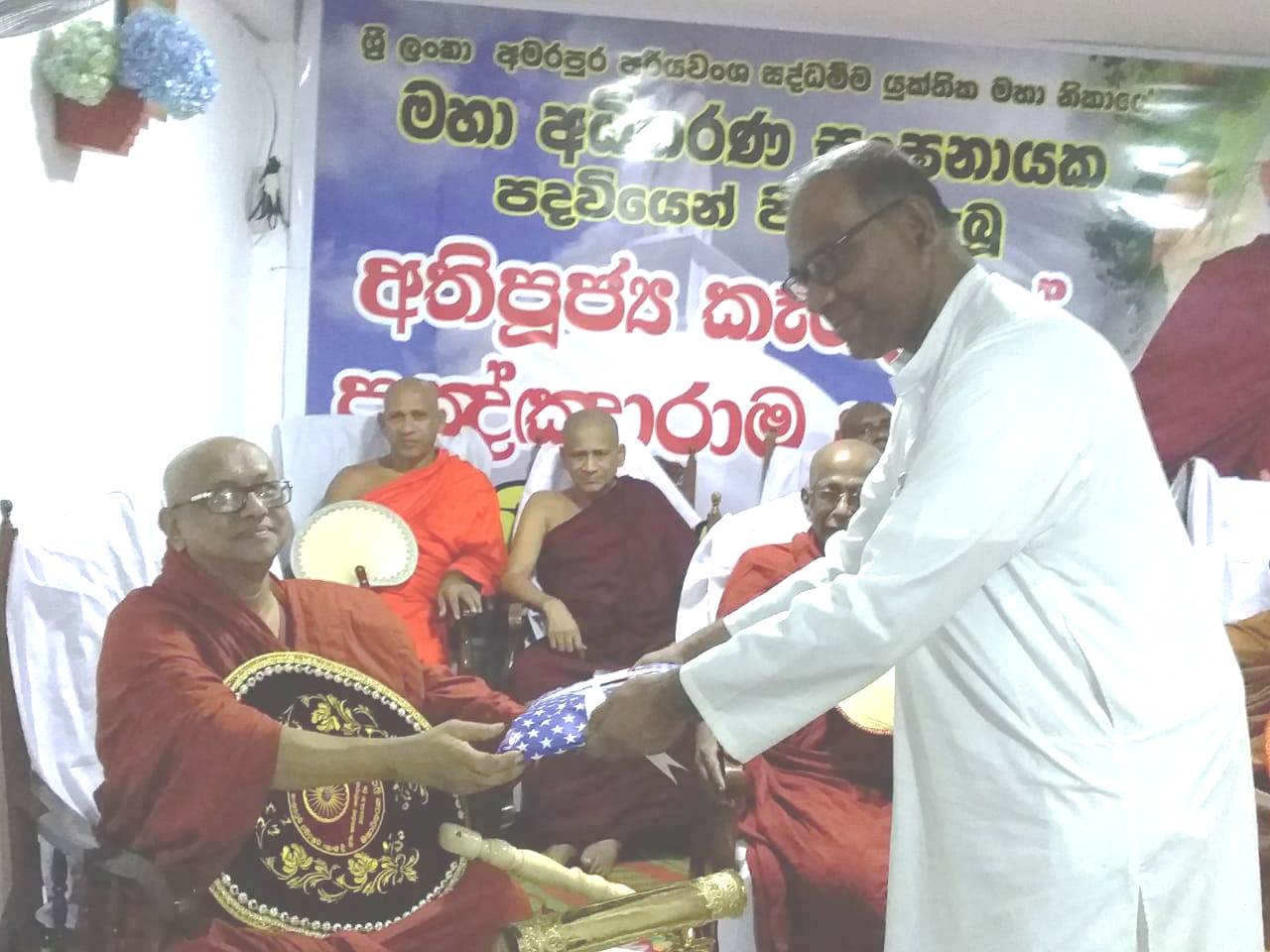 Galle ( Sri Lanka ): A honoring ceremony was held in the Galle Buddhist Temple for Ven. Kegalle Panngarama of Galle as he had been upgraded into the Chief priest as the Mahadhikarana Sangha Nayaka of Amarapura Sangha sabha.

National Co-ordinator of Sri Lanka BK Ganesh with 15 BKs participated in this ceremony. BK Ganesh gave a gift to Ven. Kegalle Panngarama and tied a special rakhi to him.

More than 200 Buddhist devotees participated in this event, including Religious dignitaries from all four religions, the Mayor of Galle, the Superintendent of Police, and higher rank officers from the Navy, Army, and Air force.